This article explores and contrasts two ways of life. One has been with us for about 150 years and brought a great amount of pain and suffering because it is based on falsehood and wrong assumptions. The second one has been known for centuries, if not millennia, but is not as widely practiced as it could or should be. Yet, it is the key to solving the numerous problems that our world is facing. 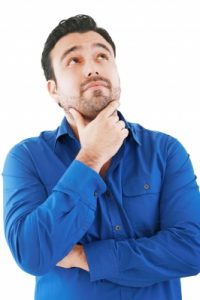 Since the time of Charles Darwin and his theory of evolution in the 1800s, certain ideas and assumptions became an integral part of our thinking. God as a Creator became relegated to a back seat or less, and our origins became attributed to a random series of lucky accidents or coincidences.

This was also the time when the foundation of our modern way of life was put into place. The science of the day taught that there is no field of energy that is connecting all things and so everything is separate. Other beliefs that became accepted and applied to the thinking about life, politics, economy and problem solving were that nature is based on competition, struggle, and survival of the strongest / fittest. These ideas have in turn led to such thinking as war being a natural state of human affairs, and competition and struggle being the normal ways of doing business. Genocides were also justified in the name of survival of the strongest – eliminating those perceived to be in some way inferior or weak. Untold suffering was brought on humanity in the last one and a half centuries as a result of these ideas.

The saddest part of all is that they are false – our way of life has been based on a string of false assumptions. Science has now come to different conclusions about reality, and these are also supported by spiritual traditions. The question is, will we, individually and collectively, change our way of thinking and doing things? It could mean the difference between annihilation and survival of humanity. Unfortunately, general reluctance to reflect these new scientific discoveries in mainstream media, classrooms, and textbooks has kept us stuck in the thinking that has led to the greatest crises of human history.

New Way of Looking at Reality

New data show that the Darwinian evolutionary thinking is obsolete and no longer working. Answers to the basic questions of life have changed – sometimes 180 degrees. Starting with the questions of origins and ending with the way how we solve our problems is now seen by science in diametrically opposite ways as shown below.

Life in general and human life in particular are not just chance occurrences or results of random processes. Rather, there is evidence of a directed process of design. Our relationship to our bodies and to the world is not one of separateness, powerlessness and independence. Rather, everything is connected, linked and interdependent. Our past is not just linear and unidirectional. Rather, human civilizations have gone through repeating cycles with similar conditions and crises. And finally, the best way to deal with each other and solve problems is not through competition, force and conflict. It is rather through cooperation, understanding and mutual aid. 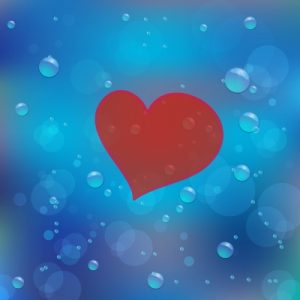 his new understanding, in particular the fact that the universe, our world, and our bodies are made of a shared field of energy that makes the unity known as entanglement possible; and the fact that nature relies on cooperation and mutual aid for survival should change our basic approach to life. The old way of thinking and question upon which to base our life choices was: What can I get from the world that exists? In view of the new discoveries and understanding, a better question and life philosophy would be: What can I give / share / contribute to the world that is emerging?

Succinctly, one spiritual teacher decades ago talked about the two ways of life as the give way versus the get way. The Bible quotes Jesus as saying: “It is more blessed to give than to receive.” (Acts 20:35). And almost all religions specifically have in their teachings the principle of the Golden Rule, “Do unto others as you’d want them to do unto you.” We surely don’t desire others to hinder us, oppose us, and make things difficult for us. The Bible, again quoting Jesus, says also that: “Any kingdom divided against itself will be ruined, and a house divided against itself will fall. (Luke 11:17). Competition promotes division, whereas cooperation promotes unity. And we now know that we as humans are all one – connected and interconnected with each other and the rest of the creation at the deepest level. Our thoughts and actions affect others more than we realize.

It is also now understood that the two main and opposing human emotions are love and fear. The give way is the way of love – of serving, helping, cooperation, making others happy and helping them to succeed. The get way, on the other hand, is the way of fear – if I don’t grab what I can, I’ll miss out because there is not enough for everyone.

Another way to look at the two ways of life is that the give way is spiritual whereas the get way is the way of the ego. Following the latter, which the Bible also refers to as the way of the sinful nature, tends to lead to a range of highly undesirable behaviors. Since we reap what we sow, sooner or later there will also be undesirable consequences. The two ways of life are contrasted in the book of Galatians, chapter 5, verses 20-23: “The acts of the sinful nature are obvious: sexual immorality, impurity and debauchery; idolatry and witchcraft; hatred, discord, jealousy, fits of rage, selfish ambition, dissensions, factions and envy; drunkenness, orgies, and the like. I warn you, as I did before, that those who live like this will not inherit the kingdom of God. But the fruit of the Spirit is love, joy, peace, patience, kindness, goodness, faithfulness, gentleness and self-control. Against such things there is no law.”

Choosing Between the Two Ways of Life 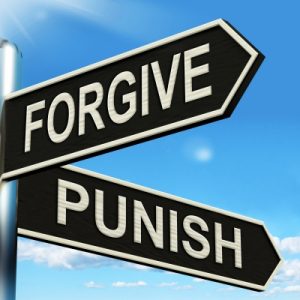 Each of us has a choice. In fact every moment is a choice of love or fear, give or get, kindness or anger, peace or conflict. The choices are endless and each choice has its consequences. Ultimately, the bottom line is that it is more blessed to give than to receive; and of all the virtues, love is the greatest (1 Cor. 13:13).

To aspire yet higher, we are also told that God is Love (1 John 4:8, 16). More than that, God is offering all for the asking His Love, imparted through the Holy Spirit to reside in our hearts and souls transforming us into new creatures and making us ready for a glorious future in His Celestial Kingdom (Romans 5:5; see also this page).  Why not ask for God’s Divine Love today?

Based in part on the book by Gregg Braden, The Turning Point, Chapter 2 and 3.