One of the laws of the spirit world is that every human being of one sex has, on earth or in the spirit world, one of the opposite sex who is their soulmate.  The importance of this provision of the Father for the happiness of humans and spirits, has never been fully understood by those who have not met and recognized their soul- mates. Some have claimed affinities with a person of the opposite sex and with such excuse have done much wrong and sin.  But the soulmate is not an affinity which may be suggested by passions or desires, but is one provided by the grace and love of the Father to live with the other soulmate through all eternity.

Before incarnating, they were united as one soul, and when, in accordance with God’s plan, they separated and became mortals, they were no less soulmates, although while living the mortal life, they may not recollect their former unity or relationship.  But these two soulmates, at some time after they become spirits, will learn their true relationship to each other, and if nothing insurmountable intervenes, will come together again in true union and happiness.

Here is a pictorial representation of the origin of the soul, its separation to incarnate as two soulmate individuals, and the existence of the spirit body and physical body with their relation to the soul. 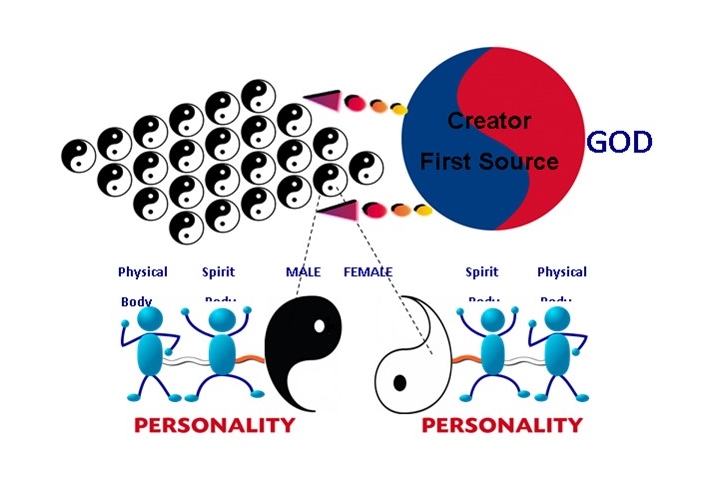 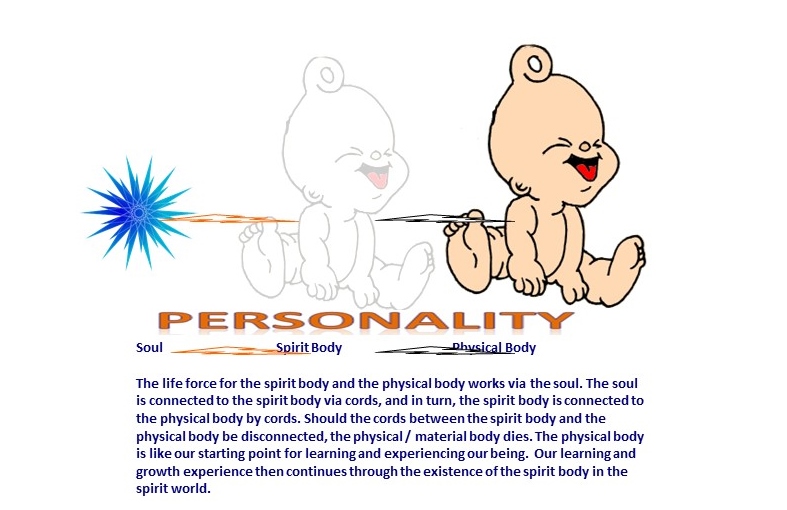 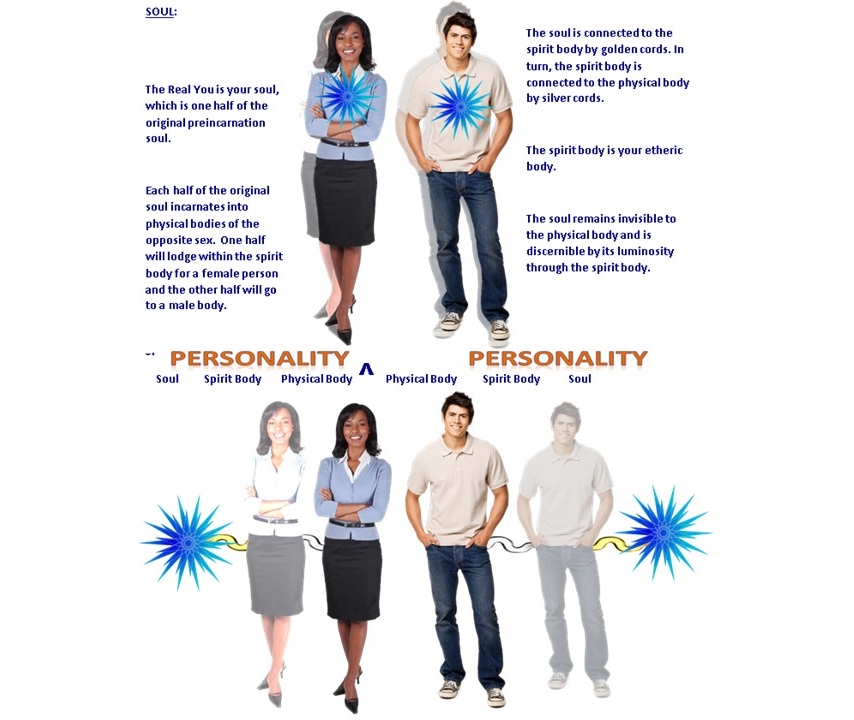 Related articles on this website:
Origins, History, Destiny
Human Self System
The Soul
Soul and Spirit
Dual Nature of Humans
Two Ways of Life
Limitations of Material Knowledge
Free Will